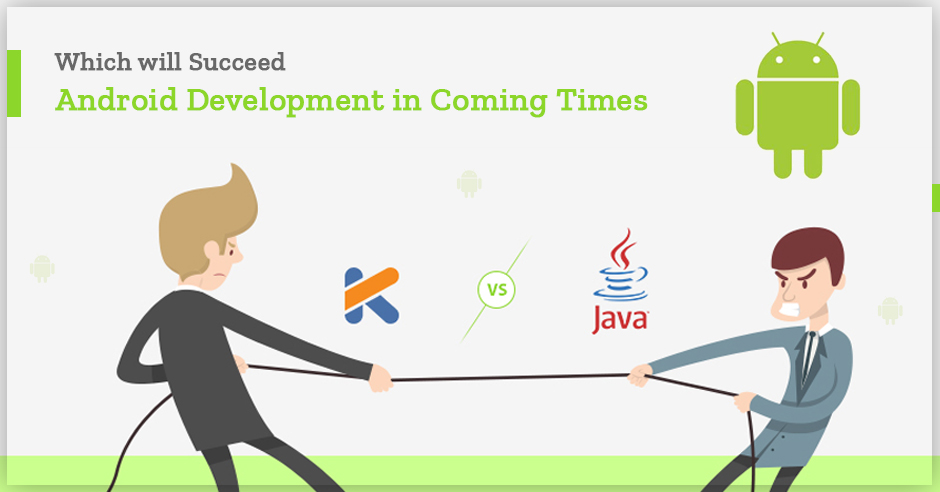 Kotlin Vs Java: Which Will Succeed Android Development In Coming Times

By Elina SamantraiNovember 4, 2019No Comments

Java has survived the programming world for about 23 long years. It is one of the most popular programming languages and has managed to maintain the highest usability record. While it has a long history and an undisputable reputation, the market was in a desperate need for a modern language. Even in the case of android app development, Java along with Scala and Groovy had been one of the primary programming languages. But not a long time ago, a newer programming language called Kotlin came in the spotlight when Android announced it as its official programming language. There are a number of developers such as Paraminfo that cater to your needs and develop apps based on your requirements.

Talking about Paraminfo, it is an Ios and android app development company that caters to all your needs and helps you develop a customized app for your business growth. As a consumer, it becomes very important for you to understand the differences between these programming languages so that you can interact with your developers and use every feature to its fullest. To understand the difference between Java and Kotlin and understand which programming language serves you best, let us look at their detailed comparison.

Java is a class-based object-oriented programming language that was developed by Sun Microsystems and is now owned by Oracle. This programming language can be used to create applications by android app developers that may run either on a single system or be distributed amongst servers in a network.

a) Java is a programming language that is easier to learn and understand.
b) Java has a wider open-source ecosystem due to which they are plenty of Java libraries that are present for your aid.
c) Java gives you a faster app experience since it is lighter and more compact.
d) Assembling larger projects becomes easier with Java.
e) Java is a better programming language since it works both for native as well as cross-platform apps.

Kotlin is a cross-platform general-purpose programming language that was designed to interoperate with Java but type inference allows its syntax to be more concise.

a) Kotlin is faster to write and is way more concise due to which there are lesser problems of bugs and errors for app developers.
b) Kotlin has null system which was absent in Java. This null point is used by Android to represent absence in data which was one of the shortcomings in Java.
c) Kotlin builds cleaner APIs than Java.
d) Kotlin allows working with any developmental environment that supports Java in addition to its multiple features and additional advantages due to which it is more tool friendly.

a) Kotlin is still a newer programming language due to which it might be difficult for you to find experts in this programming language.
b) Although Kotlin beats Java in most situations when it comes to speed, in some cases, Kotlin users have experienced a slower compilation.
c) Kotlin requires a basic learning and upfront knowledge before it can be used due to its concise syntax.
d) Since Kotlin is newer than Java, it has lesser resources and community.

There is no doubt that Kotlin is a language of the future, but the wider reach of Java in the programming community is not going to fade any soon either. Hence, even though Kotlin might provide you with a newer, better, and faster experience, you will find more experts in the field of Java. Hence, we would suggest you to make a slower transition from Java to Kotlin rather than switching completely at once.

Finally, we can say that despite their varying pros and cons, both Kotlin and Java have a lot of scope in the app development market. Hence, we would suggest you contact mobile app development experts like Paraminfo if you want to build and customize your app according to your choice so that you can multiply your business online.