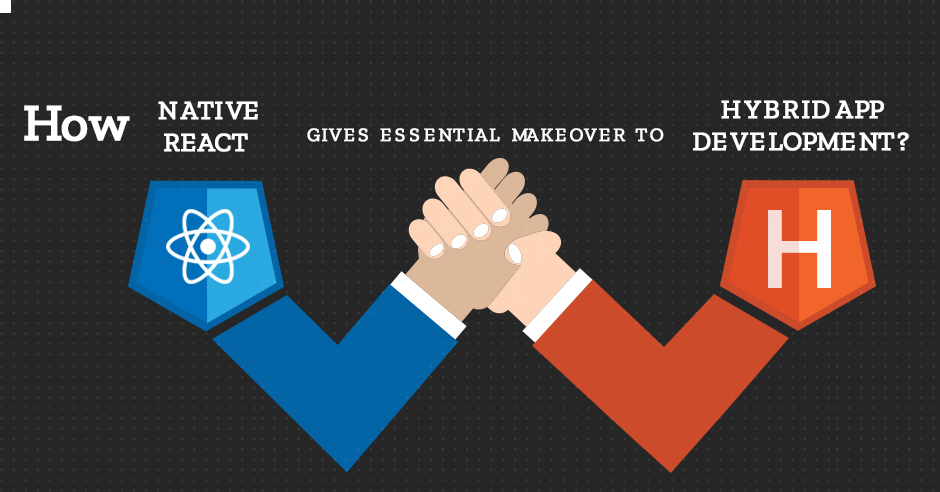 By Cole WestNovember 6, 2019No Comments

App developers are set for a boom time as the mobile app market is predicted to rake in revenues of about $189 billion by 2020 through app stores and in-app advertising. Non-native mobile applications have functionality and technical drawbacks and cannot offer the same responsiveness and user experience as native apps. If users are dissatisfied with an app they will uninstall it immediately affecting the retention rate.

Developers favor native apps because of their intuitiveness, security, lesser bugs, superior performance, and access to most of the device’s features. App developers need to ensure their app works efficiently and impressively, and integrates seamlessly with popular mobile operating platforms.

However, hybrid app development is the way to go if you want to create quick applications that are equal on most scales to native apps and are cost-effective too. In this article, we explain how React Native can be useful in creating hybrid apps.

What is React Native?

React Native is an open-source mobile app development tool produced by Facebook to fulfill their need for an app that functions smoothly on both iOS and Android to eliminate asymmetrical applications and work duplication. This framework is based on JavaScript and empowers hybrid app developers to prepare native-like mobile applications. The best part is you can use just one coding language to create a fully functional hybrid app that can run well on both Android and iOS platforms.

React Native can be used by app developers to build hybrid applications in JavaScript and deploy them on iOS and Android platforms. These apps use native views and have straight access to all the native APIs presented by the concerned mobile operating system. In addition, React Native hybrid apps offer the same performance and feel as native apps.

Portability is an important aspect of React Native. It permits app developers to transfer about half the code as well as all the critical logic to another system. This also shields their code from unwanted bugs.

React Native enables developers to use native components to present a native experience to app users. User interface is a vital element of app creation and it is a tedious process to make it seamless and smooth in a hybrid application. React Native helps developers to optimize the hybrid app’s performance in the right manner.

Another benefit is that React Native is an open-source framework that is free to use for hybrid app developers who can deploy its libraries. APIs can utilize them in their program without operability concerns. As this framework is the brainchild of Facebook, it has been embraced warmly by the global developer community as it provides an authenticated ecosystem for the creation of reliable solutions.

You can easily switch from other technologies to React Native. Developers need not completely change their code but are required to only produce components, assemble them, and effortlessly rewrite the program.

Android and iOS app developers need not learn multiple coding languages to build the same type of products. React Native allows you to craft different kinds of apps and solutions without compromising quality. You can easily run the program everywhere with very little effort.

With React Native, you can perform easy and smooth cross-platform app development. This means you don’t need to build native and hybrid applications separately. Utilize one codebase to develop an attractive and performing app without compromising on the quality of the UI/UX experience.

To sum up, Reactive Native is one of the best options for hybrid app development. The open-source framework enables developers to produce their solutions in a reduced time frame, while delivering a range of benefits to users. This makes React Native a one-stop solution for the requirements of hybrid mobile app developers.  Paraminfo is a leading hybrid app development company that can build effective and useful mobile applications that function equally well on both Android and iOS platforms. We can create suitable mobile apps for your business needs in a dependable and cost-efficient manner. Contact us today with your requirements and we will develop a customized plan to deliver fitting mobile apps to boost your firm’s revenues and growth.