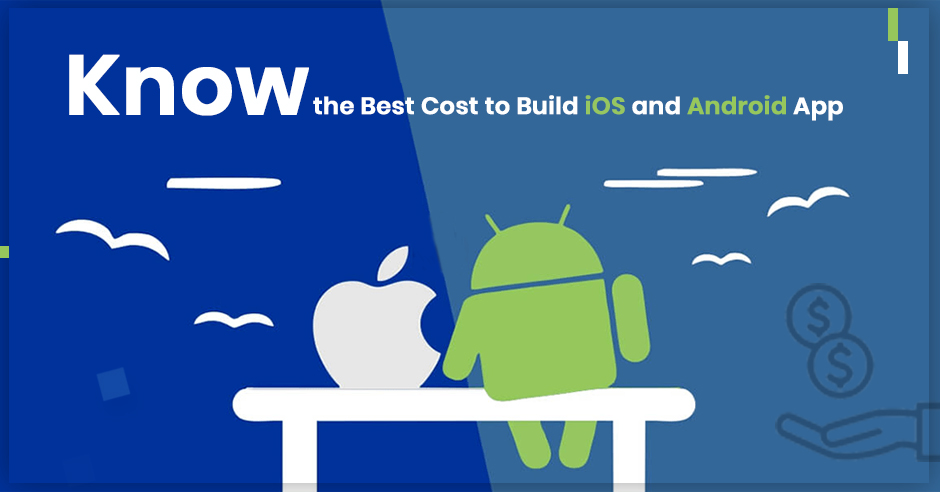 Know the Best Cost to Build iOS and Android App

By Elina SamantraiOctober 25, 2019No Comments

In today’s world, internet and technology have taken over the entire world, and the first thing that comes to our mind when we talk about growing technology is smartphones. Today the market has been seeing increasing growth in the demand for top mobile app developers such as Paraminfo, which is both an android and an iOS app development company. Now the first question that pops into your head is that how much it actually costs to build an app. If you are a student looking out for new career opportunities or even if you are someone who wants to make an app to flourish your business, this article will help you know the best cost.

Firstly, we will have to understand all the factors and the variables that affect the android and iOS app development costs. For any app development, the revenue model or the business model is the most important driving force. There are a number of factors that you need to consider:

This is probably the most important point that any android or iOS app developers need to think about. You should always start your business and flourish it according to the needs and requirements of your customers. A number of business startups have failed only because of inefficient app development.

If an app is native to any one operating system, such as android or iOS, it is known as a native application. Although it requires more attention and is generally more complex, it provides a smooth and unmatched user experience.

There are a number of websites that are optimized for mobile phone users. Such applications are known as web applications.

Paid apps make money through downloads, due to which the ability to cover something as minimalistic as the app development charges directly comes from the number of times the app is downloaded. Hence, before creating such apps you should always consider whether or not your customer is even willing to pay for the app and if yes, how much.

4. Your Preferred Type of Platform

iOS apps are easier, quicker and way cheaper to build. These apps have more strict guidelines and are also easier to use.

The biggest advantage of android application is that it has a greater number of users than Apple. Apart from the fact that the cost per download is generally lesser than iOS, the lower cost of developing and hosting the app also gives it an advantage over iOS.

App features such as chatbots, profile and login features, geo-positioning, payment requirements etc. affect the cost of both android and iOS app development. Addition of such features requires additional time and charges.

The visual design of an app creates a first impression on any of its users. Hence, it is always a good idea to consider such designs if you are deciding on app development. Although they add on to your charges, they definitely act as deal-breakers.

Before developing any app, you should always consider the team and development group that you want to include. This team might either include freelancers who are skilled people that can do the job for you at lower charges or developers that will provide you with a dedicated team with more job experience.

After you have developed an app, you will also need to manage a team that will monitor APIs and user profiles alongside managing app updates. These updates will cost you about 20% of your total cost once you want to enhance the existing app features.

It can be concluded by saying that a lot of factors impact the cost of app development which are all necessary to be identified before you build the app. Hence, it is always suggested to go for expertised Android app development company like Paraminfo to multiply your business by running it online.