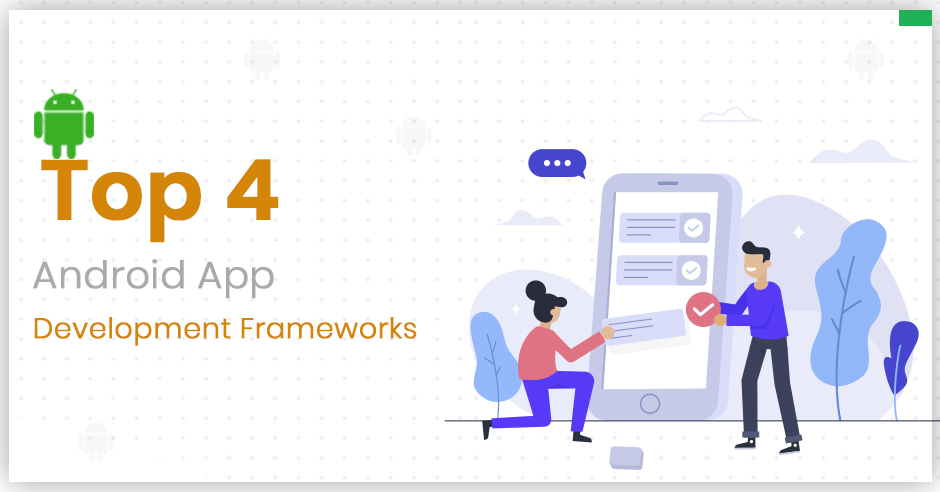 Android applications have been a great revolution as they have changed the way a business operates. They come with many user-friendly features that make the user experience seamless. Each and every company today wants to invest in a mobile application for increasing the product reach.

The Statista Reports indicate that there were more than 2 million apps for download in the third quarter of 2018 and now the number has definitely increased over this year. The acceleration of building mobile apps is because app developers have realized that building mobile apps is a great way of connecting with the end-users. You are just a click away from your customers, for any given reasons the customers want to get in touch with you. Here are the advantages of using a mobile app for your customers:

The easiest method of developing an Android mobile app is to download the Android Studio.

The Android framework is known to the set of API’s which allow developers to easily and quickly write apps for android phones. Various designing tools are offered by these frameworks. They include phone controls, image panes, text fields, buttons, media players and so on.

Java has a deep learning curve and Kotlin has taken care of that by introducing the second official Android language. The entry barriers are easy when we compare in terms of coding with respect to Java. Kotlin is a relatively new language and thus as of now the community support is very less but it is growing at a faster rate by the day. What favors Kotlin is its interoperability with Java. Kotlin also uses the Java virtual machine making it the favorite of the Java app developers.

Xamarin is one of the best Android app development frameworks which already has over 1.5 million users globally. Xamarin is a framework especially made for C# developers who prefer developing apps without having to dive into Java. A complete set of C# codebase is provided by Xamarin to develop apps that are native not only to Android but also for other operating systems too. Xamarin for Visual Studio is also used widely by Android mobile app developers to create native apps using .NET codebase.

React Native is a version of Facebook’s JavaScript framework for developing native mobile apps. This is an open-source framework that has been used by many Fortune 500 companies including Instagram, Tesla as well as Walmart to create mobile apps. The React Native’s basic building blocks are the same as those of native apps and thus one cannot distinguish between apps that are built using Java and React Native.

You can also manually optimize your React Native app by adding codes written in other languages like Java, Swift or Objective C.

Ionic is yet another open-source android framework that is used for developing apps by an android app development company. Ionic is licensed under the MIT License and has given an open indication that it will remain free always. Using the Ionic framework you can build native and progressive mobile apps. This framework is completely cross-platform which means it is not just limited to the Android OS. Poor documentation is one of the problems faced by many programmers. Ionic has proven to be here by creating documentation with real life examples.

The above mentioned are the most efficient android development frameworks which can be used for developing user-friendly mobile apps for products and services in each and every industry. ParamInfo specializes in providing optimum android app development and efficiently utilizes the aforementioned frameworks to build upon high-end apps. Contact our professionals today.