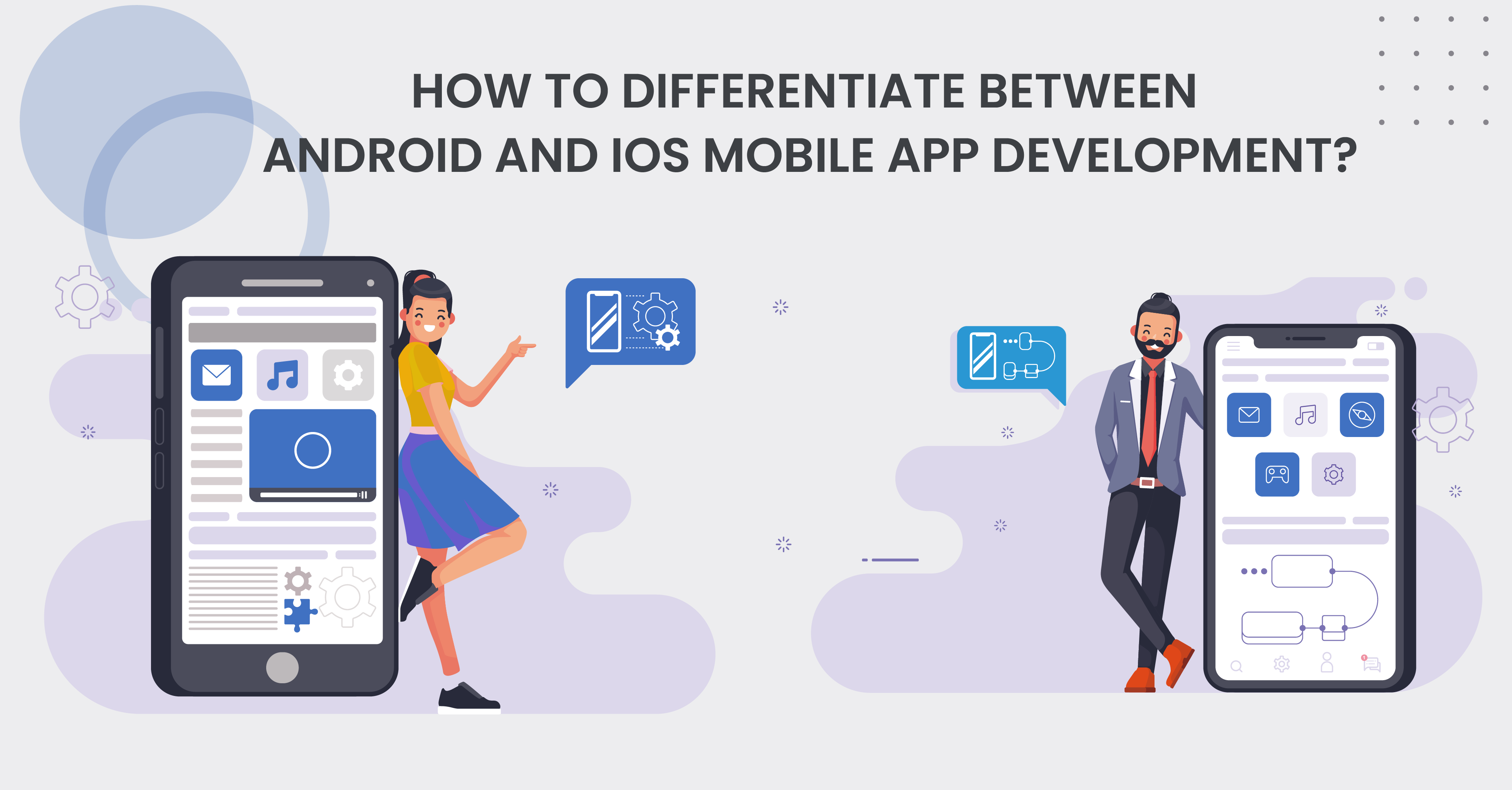 How to Differentiate Between Android and iOS Mobile App Development

By Elina SamantraiSeptember 16, 2020No Comments

The mobile app development process, although complicated, can be very deceptive to any layman. This deceptiveness usually comes in when talking about iOS and Android apps, which might look very similar in terms of development to any non-developer.

However, the opposite is true in this case. The foundation of developing apps for both of these platforms differs a lot, and the process of app development is far from similar.

Understanding the differences between the app development process of Android and iOS apps can be a bit overwhelming, considering that their design and architectures differ a lot as well. Mobile app developers can easily identify these differences, but the crux of these differences can be understood holistically by reading this article. Let’s delve deep into it.

The most ambiguous distinction between the development process of Android and iOS apps lies in their technical aspects. Both of these operating systems have different approaches to testing, including programming languages as well. Here are the most relevant differences between these two operating systems.

Swift hasn’t been as mainstream as Java and Kotlin, which is why older mobile app developers for iOS platform usually use Objective C, which they use as the programming language for android app development.

It is a widely accepted notion amongst the app developers community that iOS apps are far more convenient to build and code than Android apps. Swift is known to be a very less time-consuming programming language than Java, as it has a high readability factor, which makes iOS app development much easier. However, Kotlin is quickly rising as a star in terms of easy coding, and might give Swift a run for its money in the near future as it continues to evolve and enhance.

Software design has founding principles, which are respected by the iOS and Android platforms in their app development process. The main system design differences that are held between Android and iOS design philosophies are in their architecture and navigation.

In Android apps, the app developers break the code of the app down into activities and fragments. This process is called Partition. One activity holds the same value as one app screen, and if the developers are working on a project that requires multiple screens, they manage more than one activity.

An activity also contains fragments, which are primarily used for navigating between multiple activities, and opening a new screen by entering a value.

The integrated environment is another major difference between Android and iOS mobile apps. These environments carry great importance in the development of mobile apps, and how they turn out in the end.

See also  Why Choose Custom iOS Application, What Are its Benefits?

iOS app development entrusts its development environment on XCode tool. This is an Apple-exclusive solution for app developers, which supports all the iOS devices, and also comes loaded with a multitude of debugging tools.

Can Both The Platforms Be Dominated?

For businesses looking to put out Android and iOS compatible mobile apps, creating a single mobile app that has cross-platform functionality rather than creating two separate native apps is the best approach. These types of apps are called hybrid apps. A mobile app development company can be given the option to develop a hybrid app that supports both the operating systems, and comes with the following advantages:

It must also be kept in mind that hybrid apps are not as efficient in utilizing the rich features and potential of mobile hardware as native apps. However, they are as close to “one-stop solution” as you can get on with developing a single app compatible on both Android and iOS.

Now that you understand the key differences between iOS and Android mobile app development, you need to determine which one you prefer more. And if you’re looking for an app for both platforms and are willing to compromise a little on features, you can even develop a hybrid app with the help of an app development company.