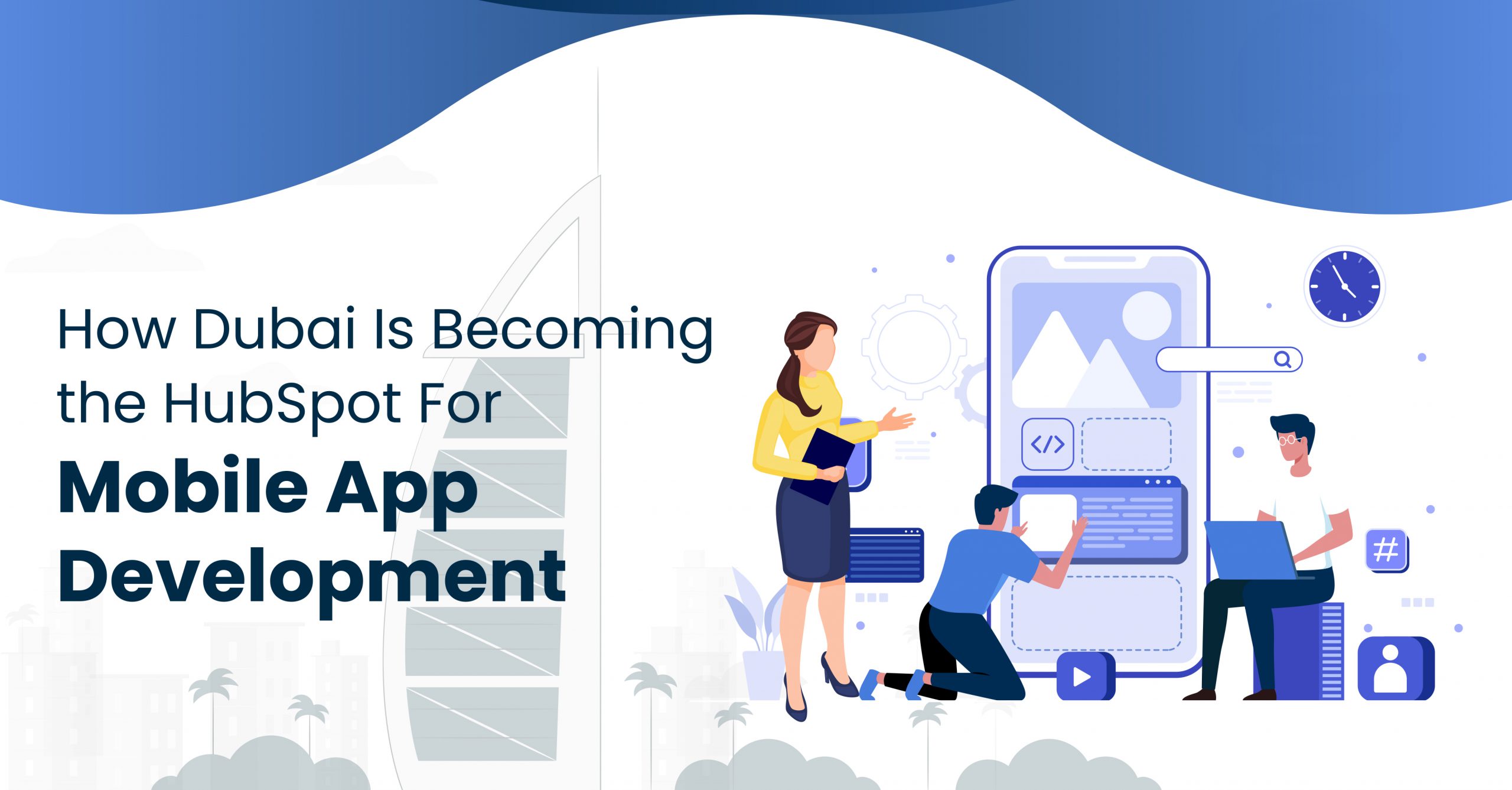 How Dubai Is Becoming the HubSpot For Mobile App Development

By Elina SamantraiNovember 18, 2020No Comments

Mobile apps have proven to be a staple technology that is used almost everywhere by individuals. In the generation of millennials and generation Z taking over the business world by a storm, it is safe to say that the dependency on mobile applications is unprecedented.

Although the mobile app development industry is young in Dubai, it has still managed to make a significant impact on the world. It has been ripe for massive opportunities for businesses in the region, and offers a multitude of possibilities for exponential growth. Let’s take a look at some of the statistics that have helped Dubai in solidifying its significance in the mobile app development industry.

Accenture recently reported that there is a huge potential for the tech startups in Dubai to significantly contribute to UAE’s economy, with estimations amassing over $14 billion in the GDP of UAE! This has opened the gates for rigorous development of mobile applications in the country, and Dubai has been one of the biggest contributors for the same.

The United Arab Emirates has already captured the mobile app development market of the entire Middle Eastern region by over 60% by 2019.

One of the biggest draws of Dubai for enterprises and venture capitalists across the globe is the amassing growth of impactful startups in the region. The city is home to two of the biggest startups in the Middle Eastern region, Souq.com and Careem Network. The economic environment in the Middle East might be a bit more rigid than other countries, but it hasn’t stopped the growth of startups in Dubai. And with the growth of startups, the demand for mobile app development has seen a significant rise as well. Many of these startups are mobile app development companies themselves!

This has enticed many venture capitalists to provide startups with major funding, which has helped in boosting their growth along with elevating the economy of the country.

2. All Industries Have Banded Together to Elevate the Demand for Mobile Apps

App marketing has been one of the biggest driving forces for the demand of app development in Dubai. This has urged enterprises and startups in Dubai to get their own apps developed to ensure that they’re making a significant impact on their respective industries and closing the gaps between the business and the customers.

The logistics industry, for instance, has seen a huge rise in the number of mobile apps developed, and it has helped this industry in quickly becoming one of the most impactful ones for the country’s economy.

The eCommerce industry is no exception to this as well. Most of the startups in the region are eCommerce based, and have been one of the biggest demand generators for mobile app development. With a variety of features that have become necessary for eCommerce businesses and startups such as cash on delivery, an elaborate catalogue of products, returns, etc., the mobile app developers have never been as in-demand as they are now.

3. App Development in Dubai is Cost-Optimized

Entrepreneurs in the Middle East have taken this opportunity to associate with these mobile app development companies and provide them with a much more diverse list of clientele as well. Mobile app developers from across the globe have seen this rise in demand in Dubai, and have started moving there to take advantage of the opportunities. The native mobile app developers have also seen a significant rise in the number of projects they have undertaken over the past 2 years.

The tech industry and the eCommerce industry in Dubai have made the market very accessible in the region. Mobile app development in the city has seen a huge surge in demand due to this, and sees no signs of slowing down. Now that Dubai has become a HubSpot for mobile app development, it is fair to explore from the comprehensive list of companies offering app development services to find the best one to undertake your project!