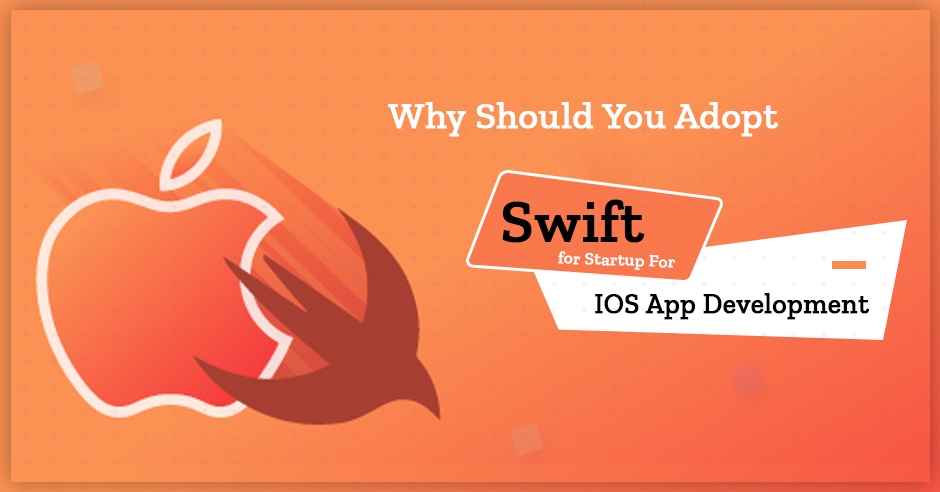 Why You Should Adopt Swift for Startup for iOS App Development

By Cole WestSeptember 20, 2019No Comments

Developers in 2019 are increasingly using Swift for their macOS and iOS app projects. This programming language launched by Apple includes all the advantages of C and Objective-C, while leaving out the drawbacks. Leading iOS app development companies, as well as startups, have gravitated towards Swift and this article tells you why.

What is Swift for Startup?

Swift was introduced in 2014 and it has successfully substituted Objective-C. It became open source in 2015, after which it gained investments from IBM and Apple. This coding language supports iOS, OSX, watchOS, and tvOS. Any iOS app development company that still uses Objective-C needs to realize current trends and move to Swift. Community support is one of the main reasons for the growing popularity of this language.

Benefits of Swift for Startup for iOS App Development

iOS app developers utilize Objective-C and Swift to create native iOS apps. Swift scores over Objective-C as its developers charge less to use this language. You can save up to $5,000 by opting to get your iOS app built with Swift rather than Objective-C.

Security is important for iOS app development and software companies should focus on developing secure apps. In addition, the application should be easy to maintain. Swift offers both these benefits. You don’t have to deal with legacy code with Swift and there are no problems such as pointer variables or bug handling.

Quality in quick time is the success mantra of startups and Swift helps them achieve this. The language includes the utilization of high order features which assist to minimize coding. It uses anonymous and nested functions, closures and idioms, and other possibilities to convert complex coding into a one-line expression.

Swift is open source for nonprofit as well as commercial projects. Startups can thus save money by opting for this free programming language. This another reason why Swift has made fast strides to become a popular coding language for any good iOS application development company.

Swift offers full support for Automatic Reference Counting (ARC) for both procedural and object-oriented code paths. Objective-C throws up the risk of memory leaks which is totally eliminated by Swift. This means iOS app developers need not be concerned about memory each time they build a new solution as ARC efficiently manages memory in Swift. Thus, developers can focus on important testing and creation tasks to improve the effectiveness of their app.

Swift’s high-performance and automatic memory management helps to enhance the productivity of developers as ARC functions well across both procedural and object-oriented platforms.

Another big advantage of Swift is support for dynamic libraries which are sources that enable future application updates. This feature enables developers to link apps written in older language versions and compile them using newer ones by utilizing electronic signature and NSA certificate. Dynamic libraries also help to reduce app size which means users can download the app faster, helping it get better reviews.

Swift offers a Playground function that you can use to experiment on new ideas. This Playground mode allows you to test and try out your fresh concepts. It is totally separated from the actual application and therefore if there is a mess-up and you wish to get rid of the idea, your original application will not be impacted at all.

App development is a hot career choice and learning Swift will help you get ahead in the job market. It is regarded as one of the most active languages for open source initiatives and demand for this language is increasing with every passing day. Therefore, add Swift to your skillset and put it on your resume to improve your chances of recruitment and get a higher pay grade as well.

On the Flip Side

To gain an all-round view, let’s also look at the few drawbacks of Swift. The language only functions with apps that use iOS7 or higher and does not support older versions. Second, there is limited interoperability with third-party programs. Finally, Swift is a young language so if you face any issue during development, it can be hard to find a solution as learning resources are not readily available.

After considering the pros and cons of Swift, there is no doubt that it is a popular and effective language for iOS app creation. Paraminfo is a leading iOS app development company in dubai that can build you a great custom solution for your firm’s needs. We are experts at leveraging Swift and other widely used coding languages for app development. Contact us today and boost your business with our efficient custom apps.