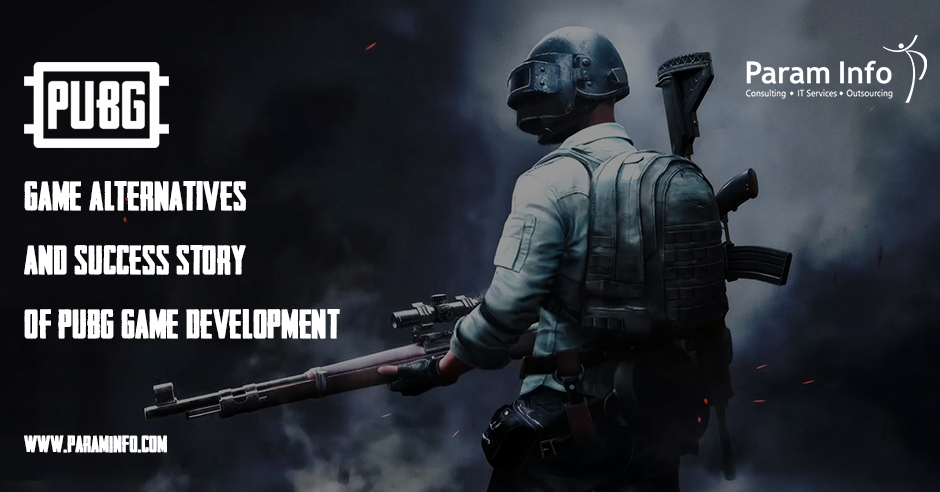 By Elina SamantraiApril 15, 2019No Comments

Ever since the release of PUBG in March 2017, the multi-player online game has created ripples in the gaming industry. The online game has caught the fantasy of gamers worldwide, and it is not an exaggeration to say that no one in the gaming field is unaware of PUBG. It has been the most top-rated game across all the platforms. It’s popularity is such that Pubg game development has become a case study for many in the gaming industry. In short, PUBG stands for Player’s Unknown BattleGrounds; the game was first released for Microsoft Windows, and later it was released by Microsoft Studios for Xbox One and Xbox game preview and officially released in September 2018.

The mobile version of the game was published by the Chinese game app development company, Tencent Games, the largest publisher of online video games in China. The game is available for download on both Android and iOS store. In the case of Android, the minimum tech specs include Android 5.1 or higher, and for iOS, it is iOS 9 or higher. PUBG is a persistent online game and requires uninterrupted internet or Wi-Fi for the seamless gaming experience.

The game features a battlefield measuring 8X8km and is composed of 100 players vying to be the winner. The players can play the game in three modes; single, duo and the squad that lets you team up with up to four players. Moving forward, the players can adopt co-operative tactics and work together for completing the missions.

Initially, the game begins with you parachuting on the island. There is a map displayed on the right corner of the screen. Your mission would require you gather everything from clothing to medicines to weapons and their modifications. There is a sizable area to play for in the beginning, but as you advance the area gradually decreases, and there arises a situation where you come across face to face with other players. So, the last man standing is declared as the winner of the game. The duration of the game varies, and it may last anywhere between 30 minutes to more than two hours.

Success of PUBG Reflected in Numbers

PUBG has been one of the the biggest sensations in the gaming industry.  Ever since its launch in 23 March 2017, the multi-player online game has continued to spark in a surprise among the gaming industry. Till date, PUBG has amassed more than $200 million from in-app purchases and still going strong. The app has been installed by more than 300 million players globally on both the App store and the Google Play. Even today, PUBG gets an estimated 15,943 downloads and generates an estimated daily revenue of $138,584.

The super-intensive and immersive graphics associated with PUBG makes it very much addictive to everyone. In case, if you wanted to explore other games of similar genera that is equally fun and addictive, we are here to assist you. Find below the best alternatives for PUBG

Coming from the house of Chinese developer NetEase, it is very much similar to PUBG. You would be in line with 120 other players and battle it out using a broad range of firearms and accessories. The PC version is quite popular, and it is the last man standing who is declared the winner.

If you feel bored of the lengthy gameplay in PUBG, you can try out Free Fire battlegrounds that comes with only a 10-minute window. Further, there are only 49 other players in contention, and the game also allows you to team up and 4-member squads to devise a strategy and emerge victoriously.

The quick-paced anime game is quite fun to play with as it allows you to choose your desired anime character. Each character is equipped with a special skill set, weaponry, and varying stats. The game lasts roughly in 20 minutes.

Unlike other graphics-intensive games, the Bullet strike is even suitable to play on a phone with low specifications. It is a multiplayer SNIPER 3D free shooting game and the last-man-standing battle who ultimately wins the game.

Survival Royale is an intensive real-time fight for survival where you need to compete with 100 players to emerge victoriously. Similar to other games, you need to find the weapons, accessories to kill other players in the game. Survival Royale is packed with stunning graphics, great controls and action-packed combat environment.

PUBG is a realistic game and hence a single code language does not suffice for the creation of the realistic nature of the game. It involves a combination of many engines and coding languages. PUBG is a cross-platform game available for both PC and mobile. The engines and programming languages used for the development of the game include

How to select the best Mobile App Development Company

Experience of the Company:

A company that holds a decent experience under their belt assures delivery of best game development services. The reviews, testimonials and ratings left by the customers helps build trust in the company and have an idea of their reputation.  The company needs to have a proven track record of building amazing games for desktops, mobiles, consoles, tablets and other devices in the past.

Development of an graphic intensive and realistic games warrants the need for a rich talented pool of concept artists, 2d/3d artists, programmers, testers and game marketing professionals. The team should be well versed with working on multiple platforms including And engine, Corona SDK, Unity and more. They should possess the experience of working across different software programs such as Native,

The app stores are brimming with a multitude of gaming apps. It is evident that your gaming app stands against millions of other apps. Unless and until, your app doesn’t have innovative features, it is near impossible to survive in the ever changing and challenging gaming landscape.

Although gaming industry has been alluring many investors and startups owing to the attractive revenue generation. The gaming app should fulfill desired objectives of maximum number of downloads and achieve the desired ROI.

The company needs to ensure the developed gaming apps successfully pass the different levels of quality checks for highest quality and coding practices. The app developers should take all the necessary steps to detect and eliminate security vulnerabilities in the code. Apart, developers need to devise methods to secure the device, gateways, applications to keep them maintain a safe distance from hackers radar.