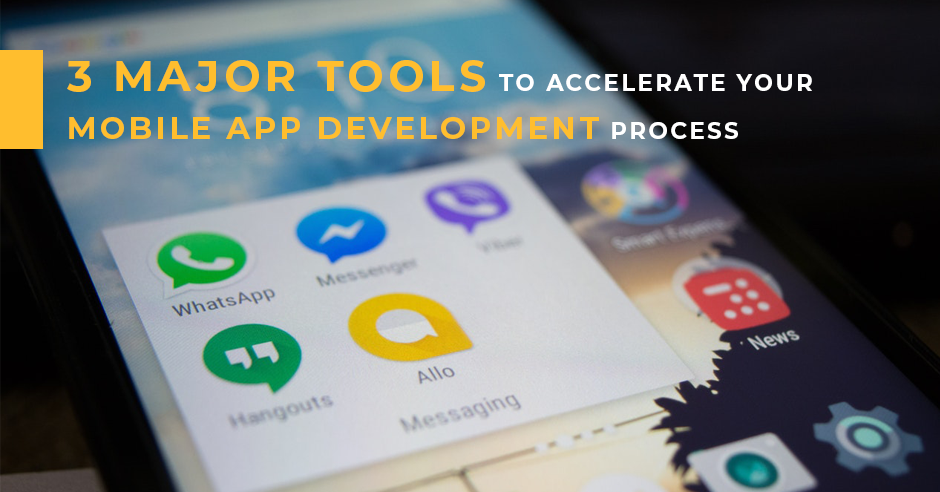 Right now, there are many tools available that minimize the time for app development and at the same time releases the app at the right time in the market. The tools offer affordable ways of reducing the financial burden and at the same time saves valuable time. There are primarily three major tools available to accelerate your app development process; 1) Parse server 2) Fastlane and 3) App design templates. Let’s have a look at

How to use Parse server tool?

Since it is open source, the app developers need not spend much time in building backup services and web server maintenance. So, the developer can invest his valuable time in integration and app building. The tool has its own set of pros and cons.

The tool lends much focus on continuous integration and continuous deployment. It automates the workflow and saves valuable time when the user is working on multiple projects at the same time. In conventional app development, the app is pushed to the beta testers before it reaches the end users. The tool bypasses the complex time involved with the traditional app development.

When you discovered some bugs, fixed it and wanted to launch this update, you needed to develop a new build and push it to the app store connect. You need to create a screenshot of every device model, update the metadata and screenshot of the app and push the build to the tester. In Fastlane the entire process is automated, and hence the deployment is a lot easier. Let’s take a look at some of the pros and cons of Fastlane tool.

The app design plays a critical role in grabbing user attention. A neatly designed app not only attracts users but leads to increased downloads. You might be wondering how this is possible without the recruitment of a professional designer and time! It is here the tool App Design Template comes handy. The tool has plenty of designer templates readily available so that you can use them easily with some basic changes. Also, there is a categorical arrangement of templates such as restaurant, health, fitness, lifestyle and more. Let’s dissect the pros and cons of this tool.

See also  How Much Does it Cost to Develop Augmented Reality App?